I had laser removal on my legs at maida vale. During the treatment i told the nurse i was in extreme pain. She said this is normal. As the treatment went on it only got worse. I coundnt wait for this terrible ordeal to end. I was in tears. After a day my legs felt like they were on fire. The next morning the tripled in size, and had red bumps everywhere they had done a laser shot. I couldnt walk for three days, and had to use cold compress for several days. My legs were so hot they turned bowls of cold water, hot.

During this time. Skn didnt return my calls. I was confused and very worried about what was happening to me. I called NHS direct and they advised about what my next step should be. Afternearly ten days, i went in and saw the head nurse. she fob me off, and said it was an alergic reaction.She told me that I would be fine in a couple of days, as it normally last two weeks. Nearly another two weeks later i was still in agony and the swelling had not changes. During this time, skn would not return my calls. I went back to the clinic and demanded to see there doctor. The doctor was shocked and said I had been burnt all over my legs and the marks may never go. The tried to charge me for seeing the doctor and geting my prescription from her as well as the medication which was £115.

I couldnt believe it. 6 months later, i still have marks on my legs. They are very sensative to everything and skin has refused to do anything for me. I contacted two soliciters and they would not take my case, as i could not varify i had been burnt.

Join in and write your own page! It's easy to do. How? Simply click here to return to Laser Hair Removal Burns. 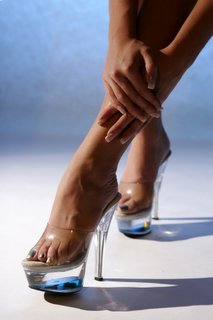